Scotch Whisky: How It’s Made & the Difference Between Single Malt & Blended

They're as synonymous with one another as France and champagne. And scotch whisky, much like champagne (and wine), has diehard fans and enthusiasts. But, if you’re new to the scotch whisky world, you might have some basic questions. 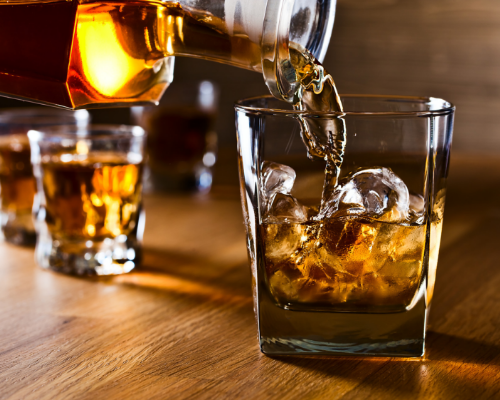 Once you get started on your scotch whisky journey, you may find yourself hooked. Scottish whisky is not only considered the best in the world but it’s also rich with history. In short, it’s truly the spirit of Scotland; the mountains, glens and remote places, distilled, and ready for a tumbler.

In the words of one Quora commenter – “It’s a very complex sensory experience…there are entire other worlds out there to discover -- some sweet, some smoky, some savory, and all manner of blurring shades in between. Even if you're not (or not likely to become) a devoted 'drinker,' at least consider smelling, tasting, and/or cooking with the stuff. You won't regret the diversion.”

Reading this, it’s hard not to want a whisky! It sounds wonderful.

What is Scotch Whisky Made From? 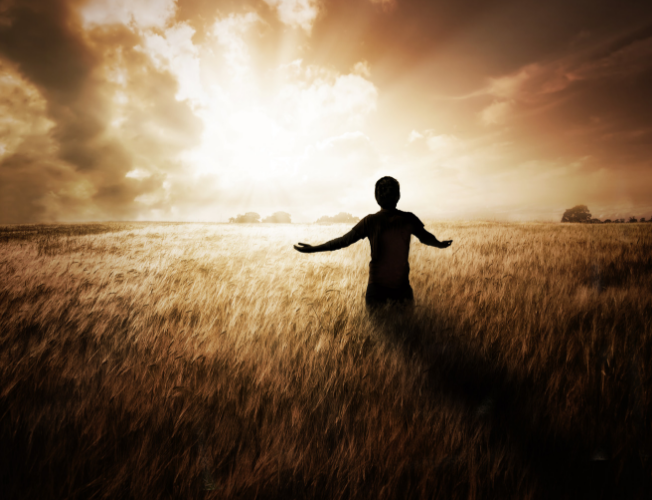 Surprisingly, like beer, scotch whisky is traditionally made from malted barley – although ordering a pint of whisky will gather you some raised eyebrows.

Barley, a member of the grass family, was one of the first cereal grain crops to be cultivated by humanity. The earliest evidence of barley dates as far back as 8500 BCE in an area of the world known as “the Fertile Crescent”.

The “Fertile Crescent”, also referred to as the “Cradle of civilisation” was a handful of Middle Eastern countries where early agriculture, and civilisation flourished. 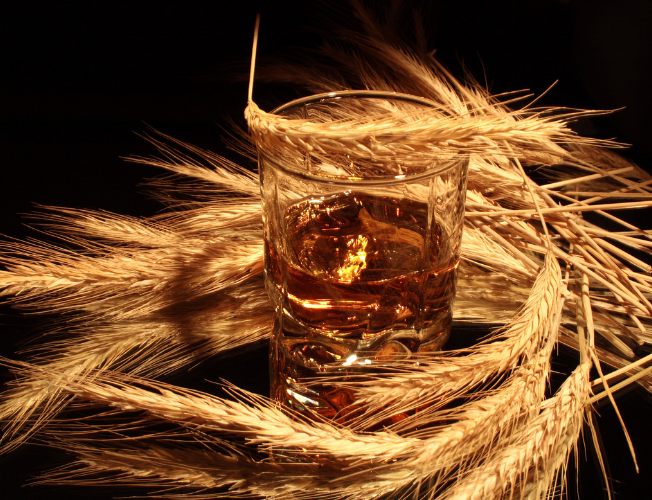 Although with a cube of ice, a measure of Jack Daniels can be a fine experience…if you audibly mistake it for whisky (or whiskEy outside of Scotland), whilst in the company of connoisseurs, you’d best be ready to hide in the hills for a few days - they'll be most displeased.

As previously mentioned, scotch whisky or proper whisky, is made mostly from malted barley – and to qualify as Scotch whisky it must also be made in Scotland, which is fair.

This is quite confusing…

All the word “single” really means here, is that the single malt scotch whisky in question comes from a single distillery, but may be a mixture of different distillates, from different barrels and so on.

Blended scotch whisky is a result of two or more malt and grain whiskies mixed together, from more than one distillery.

How is Scotch Whisky Made? 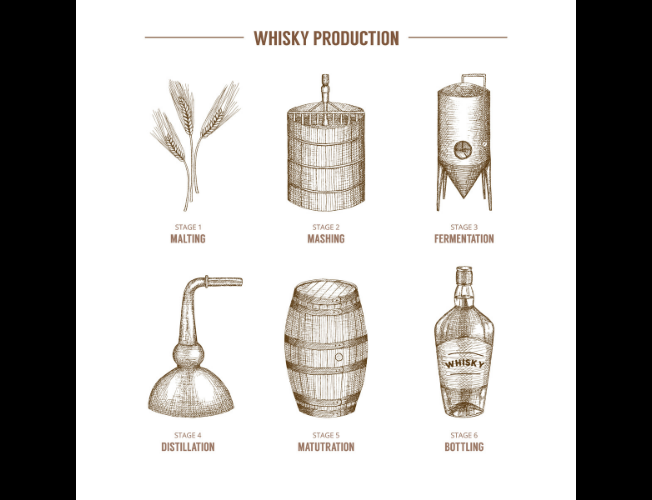 For this we’ll focus on scotch whisky made with barley.

FYI: The Scottish do have their own version of a bourbon, known as “grain whisky”.

Fine quality barley is soaked in pure water, and then spread over malting floors to germinate. To stop heat building up too much, it’s turned regularly.

This process releases enzymes, which turn starch into sugars during the next step – mashing.

Before mashing takes place, the germination process is ended by drying the barley in a kiln, at a temperature below 70°C – so as not to ruin the enzymes.

Peat can be used in the fire to influence the end flavour of the whisky.

The dried-out malt is ground up into a flour (or grist), which is mixed with hot water in a “mash tun”. The water is added in three stages, getting progressively hotter each time – starting just shy of 70°C – but not creeping beyond boiling point. The purity of the water is very important.

The resulting mash is stirred to help the enzymes convert starches into sugar, and once mashing is over the liquid produced is known as “wort”.

Any spent grains (“draff”) is used for animal feed.

Yeast is added to the wort liquid, now cooled to 20°C, in vats called “washbacks”. Yeast is a living thing, and feeding off the sugars within the wort, produces alcohol, congeners (compounds which contribute to the flavour of the whisky) and carbon dioxide.

Carbon dioxide causes the liquid to froth substantially, so to prevent it overflowing, revolving switchers remove any excess froth. After a couple of days, the fermenting liquid calms down, and contains a volume of around 8-9% alcohol. 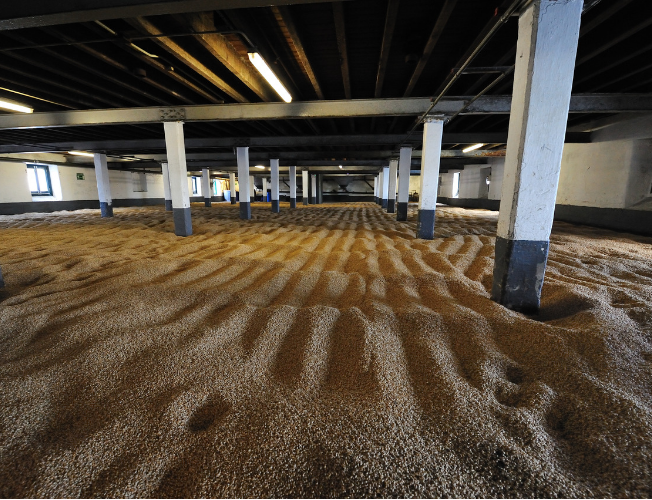 Here’s where the process becomes a wee bit mysterious.

The shape of the pot still (as in di-still-ery) for reasons unknown influences the flavour of the finished whisky. Every Scotch whisky distillery keeps its stills the same, so as not the alter the taste of the whisky it becomes known for.

During the distillation process the still temperature is kept just below 100°C. This allows alcohol and various other compounds to vapourise, passing over the still neck and into a copper coil (a worm) or a condenser. These are cooler than the vapour causing it to condense back into a liquid.

First in a wash still; this separates out the alcohol from the water, yeast and a residue called “pot ale”. The distilled liquid from the wash still is “low wine” – containing around 20% alcohol. This liquid is transferred to a spirit still for refining.

Volatile compounds, or foreshots distil from the liquid first – followed by feints; these are heavier, oily compounds. Both types of compounds are channelled off, to be mixed with low wine and re-distilled in another batch of whisky.

Interesting info: the foreshots (although not such a problem with modern strains of yeast) may contain methanol, which is highly poisonous – causing blindness and death if consumed in excess. Also, the oily feints are in part made from “fusel oils”, compounds that are responsible for headaches. So, in theory, you shouldn’t have an angry head after drinking your fill of a quality single malt scotch whisky. That’s more than can be said for many alcoholic beverages! 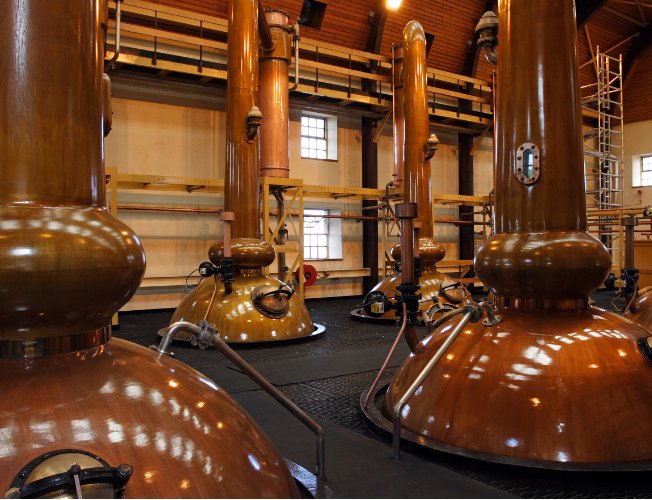 The only liquid that is carried forward is the “heart of the run” or “pure centre cut” – which is 68% alcohol. The good stuff. This is collected up in a “spirit receiver” … an invention that sounds like a piece of ghost hunting equipment.

All distillates are routed through a spirit safe, a locked glass cabinet where the stillman (person in charge of distilling) tests the quality. This involves measuring its density and alcohol content using hydrometers. The stillman cannot taste it (although they probably get free bottles of whisky every now and then). 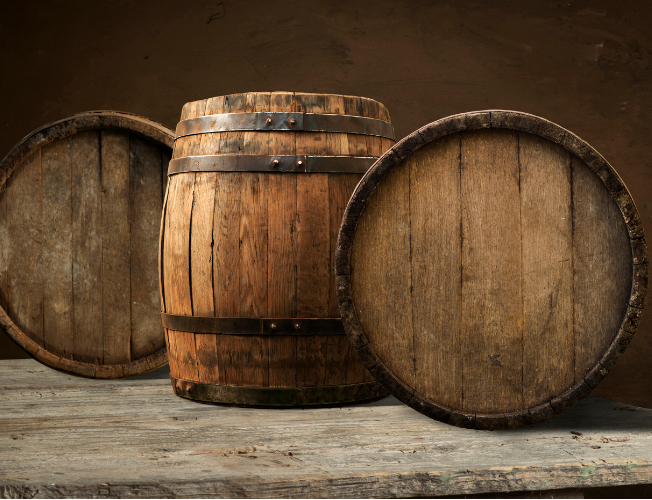 This is where whisky becomes whisky.

The pure distillate is poured into oak casks, which have previously contained sherry, bourbon or scotch whiskies. Here it is left to mature. Alcohol is a solvent, so it leaches out the flavours, and compounds from the oak – giving scotch whisky (or any whisky) it’s signature auburn-ish, brown-ish colour.

The older the whisky the darker the colour.

Ready for your scotch whisky experience? (Scotland is the place to go, obviously).

But, where to go in Scotland? It’s a vast place. 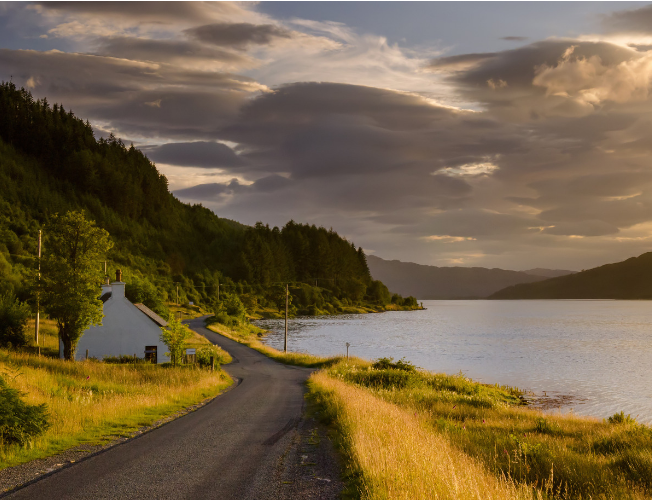 Here at Kilcamb Lodge on the shores of Loch Sunart, in West Scotland, we’re big fans of whisky. Not only do we have a carefully curated whisky menu but we’re near some wonderful distilleries.

Now autumn is here, at Kilcamb Lodge you can enjoy the intrinsic poetry of a scotch beside a crackling fire, whilst outside, winds woven with the first hints of winter swish the trees, and skirt in arcing ripples across the darkening surface of Loch Sunart.