Things to see around the Ardnamurchan Peninsula

Published within the category of Around Scotland and tagged with Things to do in Scotland, things to see in the Ardnamurchan Peninsula,

The 50 square miles of untamed wilderness which make up the Ardnamurchan Peninsula are among Scotland’s best kept secrets. 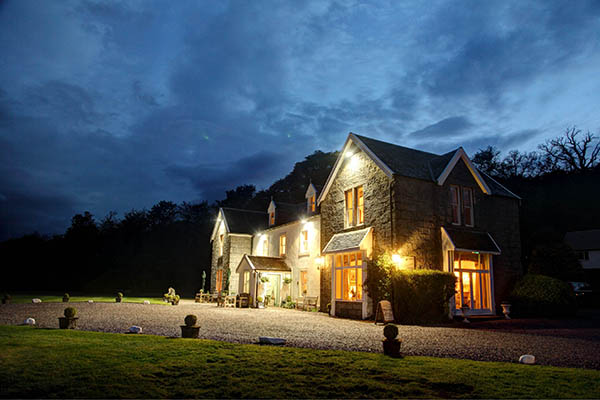 At Kilcamb Lodge Hotel, we are lucky enough to sit on the edge of this beautiful finger of land which juts out into the Atlantic Ocean, hemmed in by Loch Sunart to the south and the Sea of the Hebrides to the west and north.
It is a wild mountainous landscape with a dramatic rocky coastline interspersed with stunning white sand beaches which would rival anything seen in the Caribbean. For anyone who delights in the great outdoors and natural world, Ardnamurchan offers untold of wonders to admire by foot, by bike, by car or by boat.

To help you plan your trip to this remote corner of western Scotland, here are just some of the most impressive sights in Ardnamurchan: 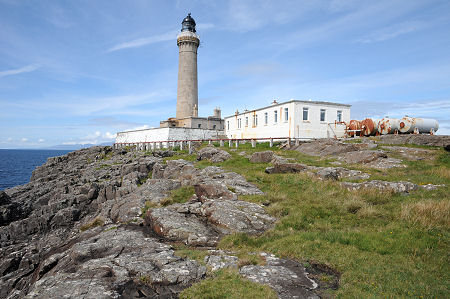 Drive – or cycle if you are feeling energetic – the full length of the peninsula along its 30 mile single track winding road, from Salen to Adnamurchan Point. The headland is graced with an impressive Victorian lighthouse which has been safely guiding ships past its rocky shores since 1849.

For a long time the dramatic headland was thought to be the westernmost point of the mainland UK until it was realised that a rocky outcrop called Corrachadh Mò, less than a mile south, was actually about 30 metres further west. But even without this claim to fame, Adnamurchan Point and lighthouse is well worth the journey.
The headland offers stunning views out over the water to the many islands that surround it with Mull to the south, Coll to the west and the Small Isles to the north.

The lighthouse now boasts a café, shop and visitor centre covering the history and workings of this and other lighthouses, as well as the geology and natural history of Ardnamurchan. Climb the 152 steps to the top of the 36m lighthouse for even more dramatic views out across the Western Isles.
Castle Tioram

Travel back in time with a visit to the ruined Castle Tioram, located on the rocky tidal island of Eilean Tioram where the River Shiel meets Loch Moidart on the northern shore of the peninsula. The ancient fortress of the MacDonald clan was built in the 13thcentury and is reached via a bumpy two mile track. The castle is now privately owned but plans to develop it into a private dwelling have been repeatedly blocked meaning it remains untouched by modernity.

The castle island can be reached at low tide allowing visitors to meander around the rambling atmospheric ruins before enjoying a walk along the rugged coastline. A four mile circular walk through woodland, heathland, moorland and along coastal tracks offers breathtaking views of the castle and across the waters of Loch Moidart and its many islands.

The route starts at the site of the former settlement of Scardoish which has all but disappeared, before passing the eerie abandoned village of Briaig, whose inhabitants were evicted as part of the clearances in 1846 to make way for a large sheep farm. It offers a chance to admire some of the amazing local wildlife such as buzzards, golden eagles and raven in the hills, and black throated divers, red throated divers and whooper swans in the lochs.
The stark isolation of the castle will make returning to the warm comfort of Kilcamb Lodge Hotel even more rewarding. 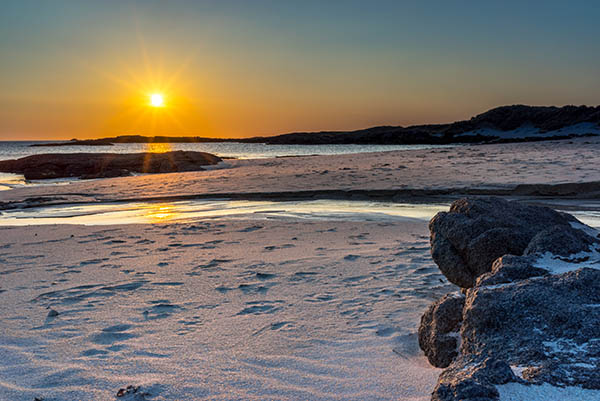 With white sand beaches and lapping turquoise water to rival any seen in the Bahamas, this sheltered bay is surely one of the most beautiful spots on the whole peninsula. Its geographical isolation also means it is not uncommon to find you have a whole stretch of golden sand to yourself.

On a sunny summer day, this is a perfect day trip – bring a picnic, a bucket and spade and enjoy a dip in the crystal clear waters. Children will have a lovely time exploring the rock pools teeming with interesting marine life.
The beach boasts dramatic sea views of the Small Isles of Rum, Eigg, Muck and Canna and the chance to spot some of Scotland’s rarest inhabitants including sea eagles, otters and pine martens. If the larger wildlife eludes you, you’ll still be entranced by the butterflies, dragonflies and damselflies.

You can reach Sanna Bay by car or opt to park up in Portuairk and enjoy a stunning four mile walk along the coast to reach the picture perfect beaches where, weather permitting, you can reward yourself with a refreshing swim before heading back. 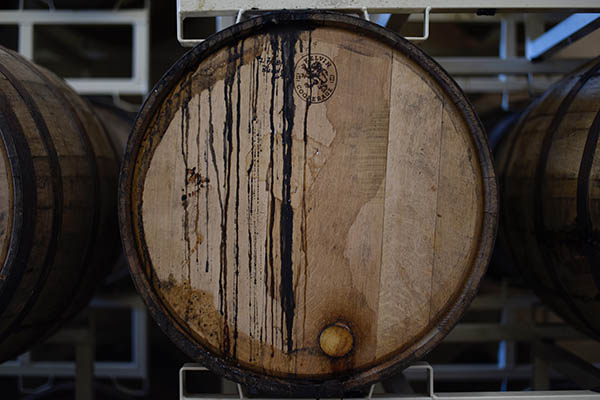 No visit to western Scotland would be complete without a distillery tour. Sitting on the banks of Loch Sunart, the Ardnamurchan Distillery is a relative newcomer to the whisky game with its construction completed in 2013 and its first single malt produced the following year. Owned by the Adelphi whisky company which was founded in 1826, it has been developed by experts with many years of whisky making experience.

The first bottling, the Ardnamurchan 2016 AD, was released in 2016 and the 2500 bottles sold out overnight. The distillery aims to release its Ardnamurchan Single Malt in 2021.

It is fascinating to visit the working distillery and learn about the booming whisky industry and processes that go into making this world famous spirit. Ardnamurchan offers a range of tours and tastings to suit different budgets from just £8 for a tour and one dram at the tasting bar, to £40 for an in depth tour with the manager, four drams at the tasting bar and a take home whisky glass.

Ardnamurchan can also proudly claim to be one of the greenest distilleries in Scotland with all its power and heat coming from local renewables, while all the byproducts of its whisky making are recycled to produce animal feed for use on the peninsula. We’ll toast that with a wee dram! 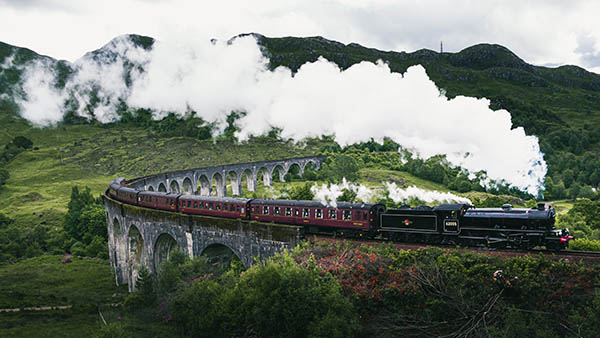 Now familiar to millions all over the world as the Hogwarts Express steam railway bridge in the Harry Potter films, this historic piece of engineering is an awe-inspiring sight. Sitting in a dramatic glen surrounded by wooded slopes, at the head of Loch Shiel, the 118-year-old viaduct carries the railway 100-ft above the valley floor, spanning 1000-ft to reach Glenfinnan Station. Built over four years from 1897 to 1901, it’s 21 arches curve around the valley offering amazing views to passing passengers of Loch Shiel and the Glenfinnan Monumentwhich commemorates the Jacobite clansmen who fought and gave their lives in support of Charles Edward Stuart, better known as ‘Bonnie Prince Charlie’.

The Jacobite steam train runs from Glenfinnan to Fort William and Mallaigin summer with regular trains passing throughout the year. The 84 mile round trip takes passengers past Britain’s highest mountain, Ben Nevis, before stopping at Glenfinnan. There are fantastic circular walks from Glenfinnan which offer ample opportunity to admire the viaduct and stunning countryside that surrounds it.

This is just a small taster of the extraordinary sights on offer in Ardnamurchan. But since the peninsula is best known for its untamed natural beauty and rare wildlife, you may prefer to forgo these attractions and simply take off on foot to lose yourself among the many incredible walking routes and ancient trails that crisscross the highlands of Ardnamurchan. 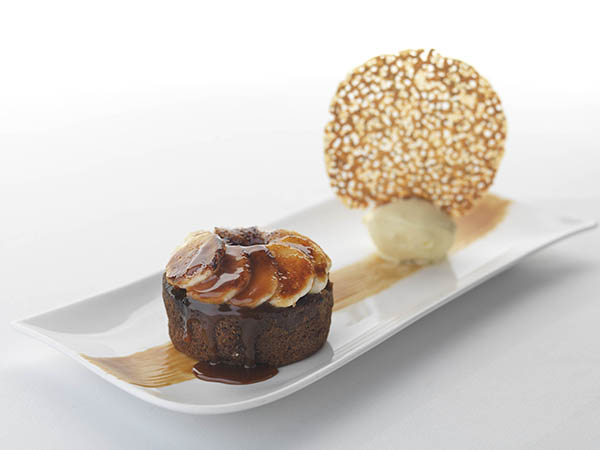 Whatever your preferred activity, you’ll be guaranteed of a warm welcome when you return to Kilcamb Lodge Hotel where you can reward yourself with a delicious dinner at our 3 AA Rosette award winning restaurant before collapsing into bed for a long and dreamless sleep.