Wild Scotland: 10 Magnificent Animals to Spot in the Highlands

Sir Walter Scott’s country (The Highland Widow, Waverley), of mystery, lore and – an abundance of wildlife.

Certain parts of the Highlands (such as the Knoydart Peninsula) are considered wilderness areas, and some of the last places without true infrastructure in Europe.

With all that peace and quiet from humanity, the Scottish Highlands are a haven for all sorts of creatures. From enormous swimming ones, to small furry ones. We’ve put together 10 magnificent animals to spot on your Scottish travels. 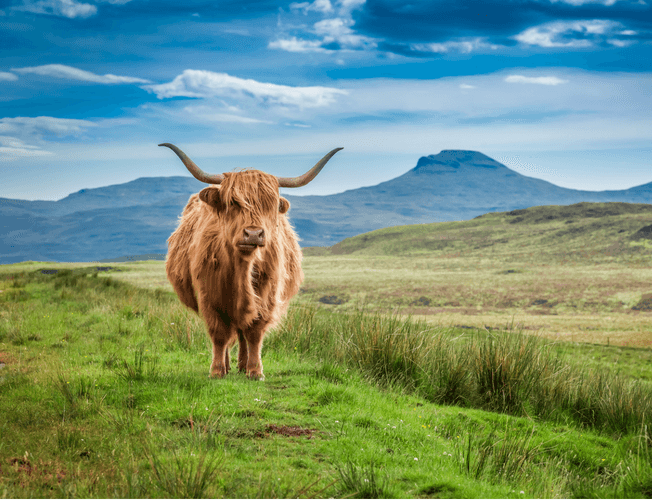 This list wouldn’t be true to the Highlands without the famous Gruffalo-like highland cow. An iconic grazer, synonymous with Scotland’s rugged uplands. What sets them apart from normal cattle (beyond a shaggy look) is cold tolerance.

A run-of-the-mill cow can stand a chill, but highland cows are tough. Almost reindeer and caribou tough it’s been said.

Not to be mistaken for a large tabby (even if they make that mistake) – the single biggest threat to their existence; breeding with domestic cats (causing hybridisation and diseases). It’s a sad tale, leaving them vulnerable as a species.

However, thanks to passionate locals and conservationists, a captive breeding program is giving them a fighting chance. No one wants to see the disappearance of the UK’s last native wildcat, and undisputed mascot of the Scottish wilderness. 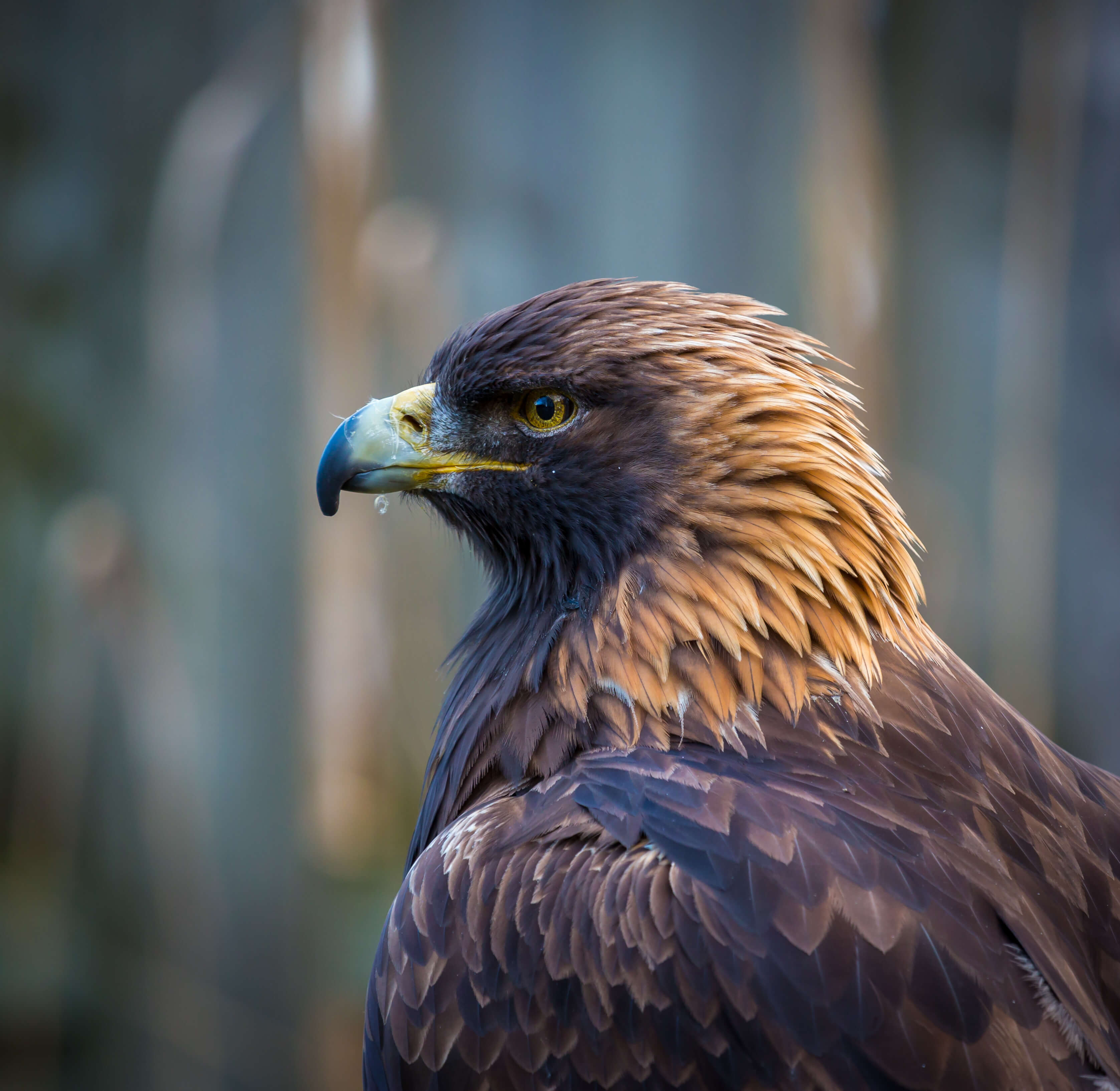 The thing is, in some parts of the British Isles one would be forgiven for thinking it’s just sparrows, or seagulls that grace our skies. As false as this is, eagles are still in a league of their own.

Keep your eyes up this summer if you’re relaxing by a serene loch – perhaps one will fly over. They’re hard to miss with their golden brown flecked plumage, and two-metre wingspans. 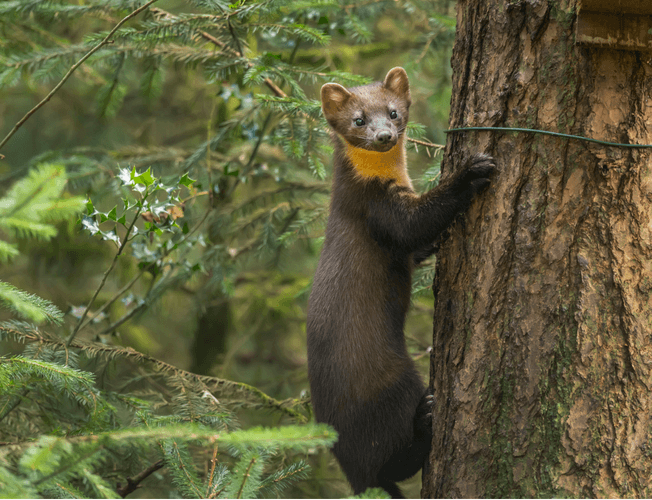 Unfortunately, you might be waiting a wee while to catch a glimpse of one of these covert tree dwellers. Notoriously one of the hardest highland animals to find.

Saying that, although rare, they have been known to creep into gardens for the odd morsel lying on a bird table.

Weird fact: pine martens sometimes have blue droppings. What other animals can claim this dubious honour? Bilberries play a significant part in their diets (up to 30%) – so it’s inevitable.

Sorry for lowering the tone! 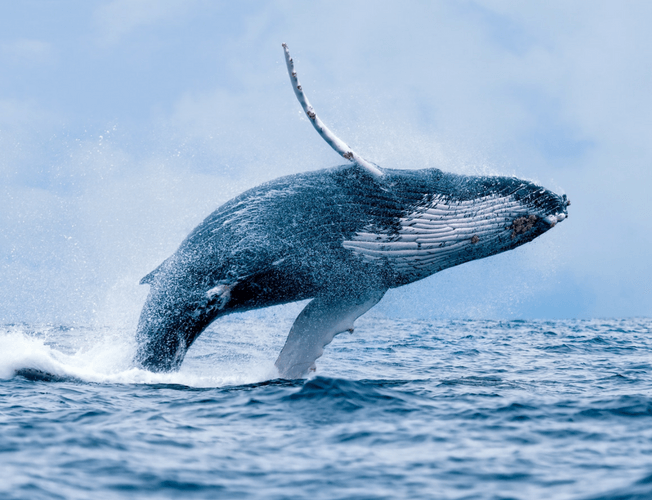 A female humpback whale can reach a length of 16 m and weigh around 36 tonnes. Imagine being that big? It’s a good job they have an ocean to grow into.

What many don’t know is that the coastline of the Highlands of Scotland, is a prime place to go humpback whale watching.

Commercial whaling has desecrated whale populations in the UK. In fact, until recently if you’d said “I’ve seen a humpback whale in Scottish waters” you may have been laughed at. No longer – UK whaling is history.

Migrating pods of Megaptera novaeangliae (to use their catchy Latin name) are returning.

What will we see next? 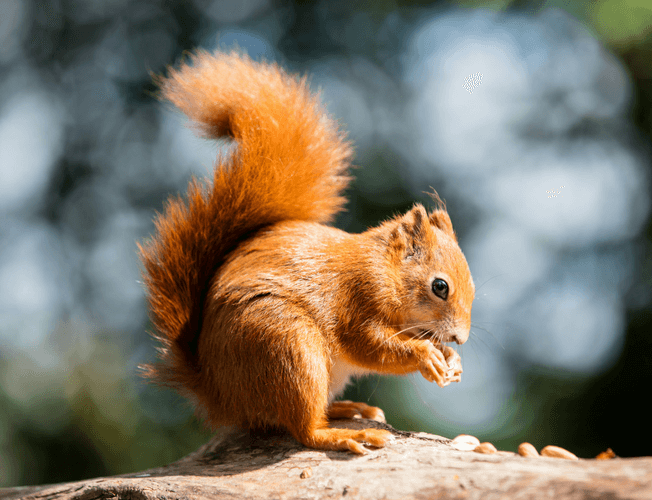 Grey is not a particularly nice colour. Eastern grey squirrels can’t help being grey. Nor can they help being more biologically robust than their red British cousins. Still, it’s a gloomy story that the UK population of red squirrels could be fewer than 160,000 thanks to the grey takeover.

The final stronghold for Squirrel Nutkins is in Scotland, where it’s thought 75% of the population live, and to see one is magical. 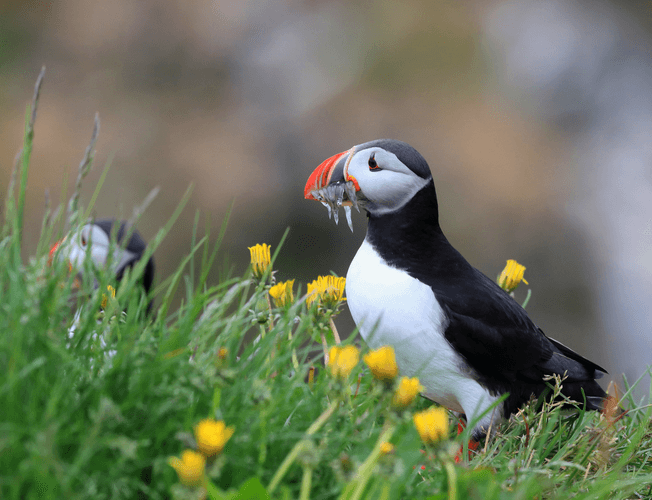 They may look silly, like little winged-clowns, but that’s where it ends.

Puffins are strong flyers, reaching speeds of over 50 mph and can dive as deep as 60 metres for fish. Can you do that? 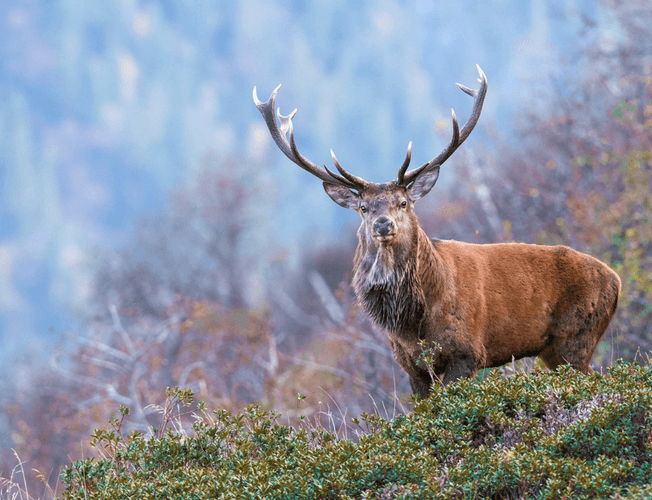 Although red deer are found in a handful of places in Britain, for example – Exmoor. There’s something undeniably Scottish in the image of a red stag, misty mouthed, and bellowing to the ladies in a remote glen.

They are the 4th largest deer species, and in the rutting season present a powerful show as stags battle one another for breeding rights. 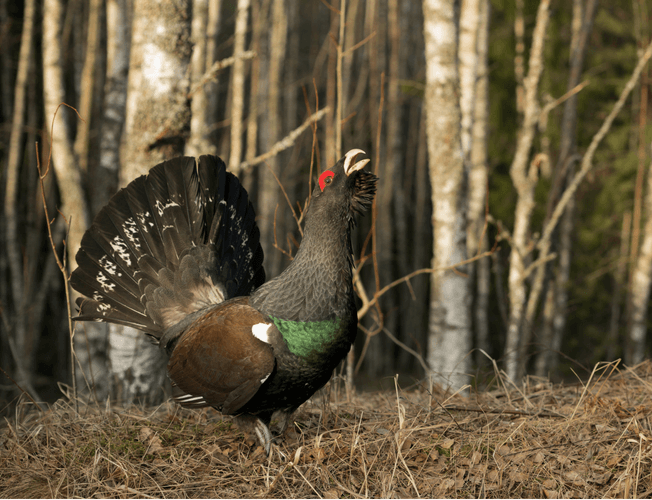 The largest member of the grouse family.

It’s likely we’ve all watched the famous clip of an amorous male capercaillie squaring off with Sir David Attenborough in the BBC’s Life of Birds.

Male capercaillies are renowned for their vigorous, and elaborate mating displays. They all gather at a ‘lekking’ site, each with a territorial portion and strut, point their beaks skyward, jump, rustle about, and make odd cork “popping” sounds.

To us it’s head scratching, but for small female capercaillies it’s irresistible. 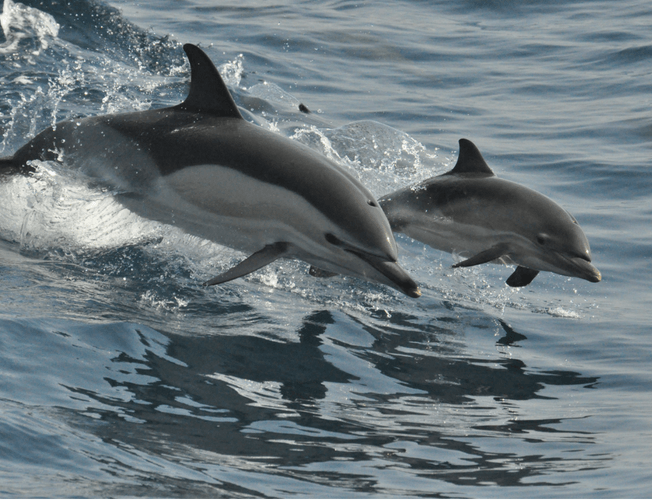 Bottlenose dolphins are one of our favourite animals. Beyond our great ape relatives, we feel we connect with them better than any other creature.

They are, clearly, intelligent and self-aware – with a brain/ body-size ratio second only to humans. This makes them inquisitive, playful and a pleasure to watch leaping.

At Kilcamb Lodge, on the biodiverse Ardnamurchan Peninsula… we don’t have to travel far to see dolphins. Honestly, they come to us.

In fact, they often turn up in Loch Sunart.

Kilcamb Lodge, the start of your highland adventure

If you’re thinking of a summer wildlife adventure in the Scottish Highlands, then Kilcamb Lodge is where it should begin…

A four-star country house hotel, with a 3AA Rosette restaurant, in a situation that’s beauty can only be described as exceptional.

Thanks for reading. As you’ve probably guessed, we’re passionate about our Scottish wildlife here at Kilcamb Lodge and as you’ll discover – it’s impossible not to be.